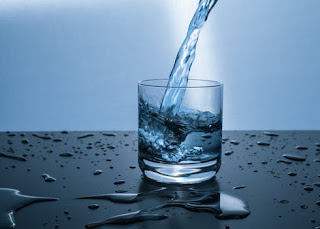 In 1 Chronicles 11, we find David hunkered down in his battlefield headquarters. David has recently succeeded Saul as king of Israel and he is now fighting to protect the land God had given them.  During this time, David had two key assets: God was with him and he had a brave and loyal army.  David's Mighty Men were courageous on the battlefield and committed to him. Our story centers on a an interaction with David and three of his best men.


1 Chronicles 11:15-19
Three of the thirty chiefs came down to David to the rock at the cave of Adullam, while a band of Philistines was encamped in the Valley of Rephaim.  At that time David was in the stronghold, and the Philistine garrison was at Bethlehem. David longed for water and said, “Oh, that someone would get me a drink of water from the well near the gate of Bethlehem!”  So the Three broke through the Philistine lines, drew water from the well near the gate of Bethlehem and carried it back to David. But he refused to drink it; instead, he poured it out to the Lord.  “God forbid that I should do this!” he said. “Should I drink the blood of these men who went at the risk of their lives?” Because they risked their lives to bring it back, David would not drink it. Such were the exploits of the three mighty warriors.
Things to think about:

Posted by Bob Goodwin at 4:10 PM No comments: 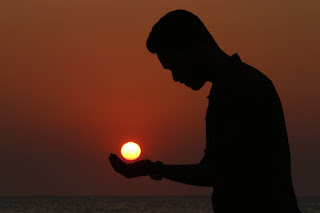 Psalm 19 is a fascinating three-part psalm that has so much to teach us.  Its focus is on the light the Lord gives us to know what He has done, what He has said, and our response to Him “in light of that” (no pun intended).

Psalm 19:8b – “The commands of the Lord are radiant, giving light to the eyes.”

Things to think about:
His Works
·      The psalm begins speaking of the works of His hands in creating the Heavens
o   The heavens declare the glory of God;
the skies proclaim the work of his hands.
2 Day after day they pour forth speech;
night after night they reveal knowledge.
3 They have no speech, they use no words;
no sound is heard from them.
4 Yet their voice goes out into all the earth,
their words to the ends of the world.
In the heavens God has pitched a tent for the sun.
5     It is like a bridegroom coming out of his chamber,
like a champion rejoicing to run his course.
6 It rises at one end of the heavens
and makes its circuit to the other;
nothing is deprived of its warmth.

·      The work of His hands speaks of His glory and His creative power
o   Importantly, these works call out to man and declare there is a God
o   The atheist denies this and the idolater worships the creation instead of the creator
·      In what ways does nature speak to you about God?
·      How is His character revealed through His creation?

His Word
·      The psalmist moves on to Gods holy laws
o   The law of the Lord is perfect,
refreshing the soul.
The statutes of the Lord are trustworthy,
making wise the simple.
8 The precepts of the Lord are right,
giving joy to the heart.
The commands of the Lord are radiant,
giving light to the eyes.
9 The fear of the Lord is pure,
enduring forever.
The decrees of the Lord are firm,
and all of them are righteous.
10 They are more precious than gold,
than much pure gold;
they are sweeter than honey,
than honey from the honeycomb.
11 By them your servant is warned;
in keeping them there is great reward.
·      There are so many adjectives here!
o   Perfect, refreshing, trustworthy, right, joyful, radiant, enduring, firm, righteous, precious, sweet, rewarding
o   Which aspects of God’s Word do you take comfort in?
o   How would you explain to an unbelieving friend that God’s rules are actually good?

His Will
·      Shadows and reflections - Our theme here is that God’s creation and His word provide light to man. We can either block the light and cast a shadow or reflect the light and increase it’s effects.
·       Shadows
o   But who can discern their own errors?
Forgive my hidden faults.
13 Keep your servant also from willful sins;
may they not rule over me.
Then I will be blameless,
innocent of great transgression.
o    If I’m being honest, the first verse that caught my attention in this psalm was “but who can discern their own errors? Forgive me my hidden faults.”
o   In many cases we are blind to our own waywardness.
§  How has God revealed something to you that you were unaware of but needed attention? (Hint: it’s one reason He gives us wives!)
o   On the other hand, a lot of the time we know when we are not hitting the mark set before us.
o   Thanks be to God, the giver of all good things, He is eager to instruct and to forgive us if we will ask Him
·      Reflections
o   May these words of my mouth and this meditation of my heart be pleasing in your sight, Lord, my Rock and my Redeemer.
o   Praise and gratitude are wonderful ways to amplify the light we have been given!
·      How does today’s study make you consider His Works, His Word, and His Will in a fresh way?

Posted by Bob Goodwin at 3:07 PM No comments:

The 3 Rs - A Basic Education 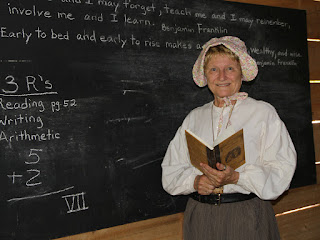 Back in the day, the basics of a good education were summed in the quaint (if grammatically incorrect) 3 Rs – Reading, ‘Riting, and ‘Rithmetic.  In the same way we need to make sure we are well schooled in the basics of our faith.  Our professor is the Apostle Paul and our textbook is from the book of Romans.

Romans 8:1-2
Therefore, there is now no condemnation for those who are in Christ Jesus, because through Christ Jesus the law of the Spirit who gives life has set you free from the law of sin and death

Things to think about:
·      Our 3 Rs are Requirement, Redemption, and Relationship.  Hold on to the end and you may even get a bonus R!
·      Our verse above is like our diploma – it states the end product of the gospel.  But to appreciate it fully, we need to go back to the beginning to better understand why this is such good news.
Requirement
·      You will be familiar with these verses but sometimes familiarity desensitizes us to the magnitude of a basic truth:
o   Romans 3:23 – All have sinned and fall short of the glory of God
o   Romans 6: 23 - The wages of sin is death
·      A price must be paid and we are woefully inadequate to pay it
o   Romans 8:3-4 – And so He condemned sin in sinful man in order that the righteous requirements of the law might be fully met in us
o   but how did He do this?
Redemption
·      Romans 8:3 – for what the law was powerless to do in that it was weakened by the sinful nature, God did by sending His Son in the likeness of sinful man to be a sin offering
·      Romans 5:8 – For God demonstrates His love for us in this, that while we were yet sinners, Christ died for us
o   The requirement was fulfilled - not by us but for us
o   Romans 3:24 – and we are justified freely by His grace through the redemption that came by Christ Jesus
o   Romans 6:23 – but the gift of God is eternal life in Christ Jesus our Lord
Relationship
·      Romans 8:14-17 – Because those who are being led by the Spirit of God are sons of God.  For you did not receive a spirit that makes you a slave to fear again but you received the Spirit of sonship.  And by Him, we cry, “Abba, Father”.  The Spirit Himself testifies with our spirit that we are God’s children. Now if we are God’s children we are heirs – heirs of God and co-heirs with Christ, if indeed we share in His sufferings in order that we may share in His glory.
Bonus R – Responsibility
·      Romans 8:12 – therefore we have an obligation, but it is not to the sinful nature
o   Romans 6:18 – You have been set free from sin and have become slaves to righteousness
o   Paul ties it together in Ephesians 2:8-10 – For it is by grace that you have been saved, through faith – and this is not of yourselves, it is the gift of God – not by works so that no one can boast. For we are God’s handiwork, created in Christ Jesus to do good works, which God prepared in advance for us to do.