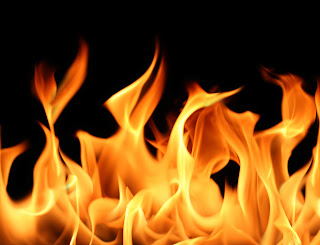 What makes you mad, I mean really angry?  How about the terrible driver next to you or maybe a sassy child? What about insults, being falsely accused, being interrupted, others taking credit for your work, or a rude store clerk?  Obviously I made all of those up because I’m not so petty they would get to me J but they do all have one thing in common, they are about a perceived wrong done to me.  Let’s go back to our friend from last week, Nehemiah, and see what got him fired up and what we can learn about another kind of anger.

Nehemiah 5:6
When I heard their outcry and these charges I was very angry.

Things to think about:
·      The background is that many of the resettled Jews in Judah didn’t have enough money and food to live on.  The nobles and officials were taking advantage of the situation and extorting their fellow Jews to their own benefit.  When Nehemiah learned of this he was “very angry”.
o   Nehemiah wasn’t upset because of a personal affront but because of a social injustice. He (and the nobles) knew it was against God’s law to charge fellow Jews interest for lending money.  They were adding to the already heavy burden by taking their money, land, and even their children.
·      Anger is basically a form of frustration: we see something that doesn’t align with how we feel it “should” be
·      Let’s look at John 2:13-16 for another example of someone becoming angry
o   When it was almost time for the Jewish Passover, Jesus went up to Jerusalem. In the temple courts he found people selling cattle, sheep and doves, and others sitting at tables exchanging money. So he made a whip out of cords, and drove all from the temple courts, both sheep and cattle; he scattered the coins of the money changers and overturned their tables. To those who sold doves he said, “Get these out of here! Stop turning my Father’s house into a market!”
o   We also see in Mark 3:5 Jesus get upset with the religious leaders when He healed a man’s hand on the Sabbath
o   If you really want to hear Jesus get fired up, look at Matthew 23 and His lashing out at the Pharisees
§  hypocrites, blind guides, brood of vipers, sons of hell
·      Neither Jesus nor Nehemiah was angry about how they felt they should be treated personally; rather their anger was in response to God and His people not being properly respected.
o   Making a mockery of God’s laws, God’s love
·      So what makes you angry?
o   Does it have more to do with you or Him?
·      What should make you angry?
o   What do you see in your sphere of influence that would benefit from a righteous man taking a stand?
·      Psalm 4:4 says, “In your anger, do not sin”.
o   Many of us are familiar with Paul’s exhortation in Ephesians 4:26 to “Be angry and do not sin”
o   How do we manifest this righteous anger and still avoid sinning?
·      God wants us to be bold and defend His cause and His people.
o   Is God firing you up about an issue?
o   How can you use the fuel of anger to burn in a productive way?