Jesus is not a Hero 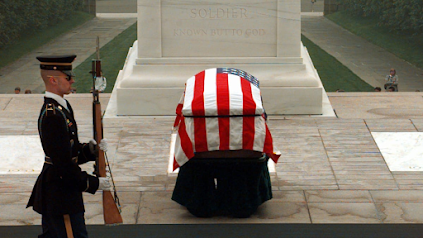 We love our heroes.  Men and women who have had the courage of their convictions to take a stand. Often, we associate our heroes with self-sacrifice, i.e., the giving of their lives for a cause greater than themselves.  Think about 9/11 first responders, military heroes, or even a mother who covers her child just before an accident. All of these paid the ultimate price to save lives.  Even Jesus did this on the most epic scale possible, but He’s not a hero (He’s much more than that!)

1 Corinthians 15:14 - And if Christ has not been raised, our preaching is useless and so is your faith.

o   Do you know someone personally that you consider a hero?

o   Is their a family member you never met whose story of courage lives on?

·       Unlike all of our other heroes, dying alone wasn’t enough

o   His resurrection was a well-documented fact

o   That’s a pretty strong statement, why do you think Paul says this?

o   There was a false teaching at the time that there is no resurrection of the dead, including Jesus

§  This puts a pretty big hole in the prosperity gospel

o   Why should we be most pitied if our hope is only for this life?

o   This is our eternal hope

§  1 Cor 15: 54 - When the perishable has been clothed with the imperishable, and the mortal with immortality, then the saying that is written will come true: “Death has been swallowed up in victory.”

o   1 Cor 15: 58 - Therefore, my dear brothers and sisters, stand firm. Let nothing move you. Always give yourselves fully to the work of the Lord, because you know that your labor in the Lord is not in vain.

o   And isn’t that what we admire about our heroes?

§  Stand firm, let nothing move you

§  Give yourselves fully to the work

§  Your labor is not in vain

o   He died for your sins

o   He was raised from the dead

o   He will reign for eternity