Don't Ever Give Up 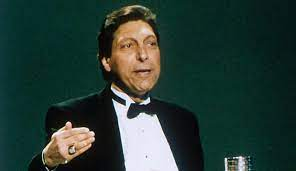 There is a lot to be said for not quitting.  Jim Valvano is famous for his 1993 speech at the ESPYs for exhorting people to, "Don’t give up . . . don’t ever give up."  Even if you are taking one baby step further towards the goal, that is progress.  It may not be all the way to perfection, but thankfully that isn’t what is being asked of us (at least not of our own merits).  Even the great Apostle Paul knew that he had not attained all there was to be had in the Christian life, but he pressed on.  So can I and so can you.

Not that I have already obtained all this, or have already arrived at my goal, but I press on to take hold of that for which Christ Jesus took hold of me. Brothers and sisters, I do not consider myself yet to have taken hold of it. But one thing I do: Forgetting what is behind and straining toward what is ahead, I press on toward the goal to win the prize for which God has called me heavenward in Christ Jesus.

o   “I strain towards what is ahead”

o   Hebrews 12:3 – “Consider him who endured such opposition from sinners, so that you will not grow weary and lose heart.”

o   Galatians 6:9 – “Let us not become weary in doing good, for at the proper time we will reap a harvest if we do not give up.”

o   Why is persistence such an important trait?

o   Is there anyone you think of as being persistent?

o   Past mistakes – I’ve messed it up too badly

o   1 John 3:2 – “dear friends, now we are children of God, and what we will be has not yet been made known. But we know that when Christ appears, we shall be like him, for we shall see him as he is.”

o   We’re not perfect but we know One who is

o   Hebrews 12:2 - Jesus, the pioneer and perfecter of faith

o   1 Peter 2:22 – “To this you were called, because Christ suffered for you, leaving you an example, that you should follow in his steps. “He committed no sin,
and no deceit was found in his mouth.”

o   Our attitude – Paul says he forgets what lies behind.  This is an active choosing of the will.

o   Our actions – Paul says he strains towards the goal, pressing on toward the prize.

o   Hebrews 12:1 – “…let us throw off everything that hinders and the sin that so easily entangles. And let us run with perseverance the race marked out for us”

o   How do our attitudes and actions affect our ability to persevere in the faith?

o   What do you think Paul is referring to?

·       If we persist and do not quit, Paul says we will win the prize that God has called us heavenward in Christ Jesus.

o   Let us stay focused on the prize

o   If you are getting tired or discouraged, you can:

§  Call a friend to talk it out