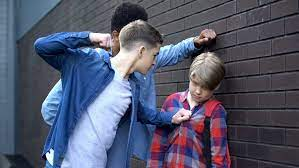 We have an enemy who is full of loud, obnoxious threats designed to make us lose heart.  He tells us that what and Who we are relying on is of no use. He mixes half-truths with lies to provide evidence that all is hopeless. If you are in a battle right now, there is great biblical instruction here for you. Let’s look at a scene from the Book of Isaiah to get a glimpse into his playbook and what our response should be.

Strengthen the feeble hands,
steady the knees that give way;
say to those with fearful hearts,
“Be strong, do not fear;
your God will come,
He will come with vengeance;
with divine retribution
He will come to save you.”

·       In Isaiah 36 and 37 we have a drama unfolding.  Sennacherib, the King of Assyria, has sent his commander to go to Jerusalem to persuade them to not put up a fight and agree to be conquered by Assyria. He is speaking to three men on King Hezekiah’s staff.

o   Is. 36:6-7 - Look, I know you are depending on Egypt, that splintered reed of a staff, which pierces the hand of anyone who leans on it! Such is Pharaoh king of Egypt to all who depend on him. But if you say to me, “We are depending on the Lord our God”—isn’t he the one whose high places and altars Hezekiah removed, saying to Judah and Jerusalem, “You must worship before this altar”?

o   First, the half-truth – I’m not a historian as to the exact power Pharaoh and Egypt could have offered, but Jerusalem’s help was never going to come from a godless country

o   And the lie – Hezekiah didn’t destroy anything erected to God, he destroyed the Asherah poles and other symbols of idolatry

·       Then the commander moves in to make a deal with them

o   Is. 36:8-10 - “‘Come now, make a bargain with my master, the king of Assyria: I will give you two thousand horses—if you can put riders on them! How then can you repulse one officer of the least of my master’s officials, even though you are depending on Egypt for chariots and horsemen? Furthermore, have I come to attack and destroy this land without the Lord? The Lord himself told me to march against this country and destroy it.’”

o   Compromising with our enemy is never a valid strategy

§  He layers in another lie, claiming authority from God

·       He then steps up the rhetoric and tells them if they don’t comply, they “will have to eat their own excrement and drink their own urine”

o   The devil is rude, vulgar, and has no scruples

o   In Proverbs 26:5  it says to not answer a fool according to his folly or you will be like him.

o   Absent the Sword of the Word, we are poorly equipped to out-debate our enemy

·       Hezekiah sent the men to the prophet Isaiah for godly counsel, which is exactly what they got

o   Is. 37:6 - This is what the Lord says: Do not be afraid of what you have heard—those words with which the underlings of the king of Assyria have blasphemed me.

o   Now, the enemy is not going to give in so easily

§   “Say to Hezekiah king of Judah: Do not let the god you depend on deceive you when he says, ‘Jerusalem will not be given into the hands of the king of Assyria.’ Surely you have heard what the kings of Assyria have done to all the countries, destroying them completely. And will you be delivered?

§  There is plenty of evidence that our world is still in the enemy’s hands.  Therefore, it should come as no surprise when we see on the news all of the bad things that are happening, which can lead us to think that there is no hope.

·       When Hezekiah received back the message from the King of Assyria, he prayed:

o    “Lord Almighty, the God of Israel, enthroned between the cherubim, you alone are God over all the kingdoms of the earth. You have made heaven and earth. Give ear, Lord, and hear; open your eyes, Lord, and see; listen to all the words Sennacherib has sent to ridicule the living God.

“It is true, Lord, that the Assyrian kings have laid waste all these peoples and their lands. They have thrown their gods into the fire and destroyed them, for they were not gods but only wood and stone, fashioned by human hands. Now, Lord our God, deliver us from his hand, so that all the kingdoms of the earth may know that you, Lord, are the only God.”

·       He exalted God, he acknowledged the reality of what was happening, he put his trust in the Lord to His glory.

o   He assured him regarding his enemy

§  “But I know where you are
and when you come and go
and how you rage against me.
Because you rage against me
and because your insolence has reached my ears,
I will put my hook in your nose
and my bit in your mouth,
and I will make you return
by the way you came.

§  Is. 37:36 - Then the angel of the Lord went out and put to death a hundred and eighty-five thousand in the Assyrian camp. When the people got up the next morning—there were all the dead bodies!  So, Sennacherib king of Assyria broke camp and withdrew. He returned to Nineveh and stayed there.”

·       Our verse from this study actually comes from the preceding chapter because it foreshadows this vivid illustration:

·       (He will) Strengthen the feeble hands,
steady the knees that give way;
say to those with fearful hearts,
“Be strong, do not fear;
your God will come,
He will come with vengeance;
with divine retribution
He will come to save you.”

·       Don’t believe the vicious lies of the enemy.  Whatever battle you are in today:

o   Don’t engage with the enemy on his terms

o   Do take it to the Lord in prayer

o   Do let God take up your cause for His sake

o   Do be strong, He is coming to save you