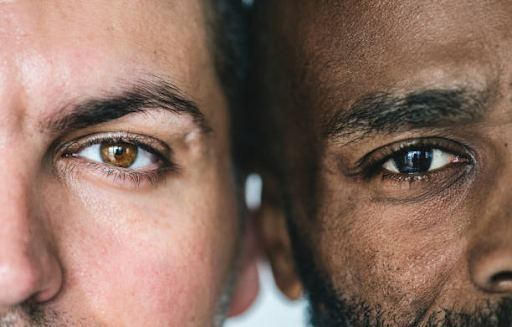 I love the story found in John 9 about Jesus healing the man who had been born blind.  This common man’s life was marked by a disability and begging. After an encounter with the living God, he demonstrated three of the greatest traits of a Christ-follower: Belief, Courage, and Humility. We’ll contrast those with people in his path who modeled Doubt, Fear, and Pride.

·       The story begins with Jesus being asked, “Who sinned, this man or his parents that he was born blind?”

o   Jesus replies it was neither, it was so that the works of God might be displayed in him.

o   Sometimes things happen in our lives that aren’t anybody’s fault, but instead they serve to provide a platform for God to work in our lives for the benefit of ourselves and others.

o   Can you think of a time in your life when you wouldn’t have chosen the circumstances, but the Lord did a God-sized work?

·       After Jesus had healed the man, he went back home and the neighbors were astonished, wondering if this was in fact the man they knew as being blind.

o   Some thought it was him, but others weren’t so sure.  But he assured them it was in fact himself who had been healed by Jesus.

o   But some had a flicker of belief, “then how can a sinner perform such signs”

o   Have you ever shared what God has done in your life only to be met with skepticism?

·       So, the Pharisees sent for his parents to verify his identity and the fact that he was born blind.

o   They did confirm his identity and his being born blind.  But as to how he can now see, they were afraid of the religious authorities and deflected the question to their adult son.

o   Social pressures can be very heavy when we value the approval of man.

·       Then, the Pharisees called the formerly blind man back and grilled him a second time.

o   Here is one of my favorite Bible verses, “I have told you already and you did not listen. Why do you want to hear it again? Do you want to become his disciples too?”

o   They insulted him and said, “You are his disciple. We are disciples of Moses and we know God spoke to Moses.  As for this man, we don’t even know where he comes from!”

o   The man answered, “Now that is remarkable! You don’t know where he comes from, yet he opened my eyes. We know that God does not listen to sinners. He listens to the godly person who does his will. Nobody has ever heard of opening the eyes of a man born blind. If this man were not from God, he could do nothing.”

§  This is a classic trap of being focused on the lesser issue to the exclusion of the most important thing.

Pride / Humility that leads to Belief

·       The Pharisees scolded him saying, “You were steeped in sin at birth; how dare you lecture us!” And they threw him out.

o   Jesus said, “You have now seen him; in fact, he is the one speaking with you.” Then the man said, “Lord, I believe,” and he worshiped him.

·       Jesus said, “For judgment I have come into this world, so that the blind will see and those who see will become blind.”

o   Some Pharisees who were with him heard him say this and asked, “What? Are we blind too?”

§  Jesus said, “If you were blind, you would not be guilty of sin; but now that you claim you can see, your guilt remains.

May the Lord heal any spiritual blindness we have so that we can lead others who want to be his disciples too.