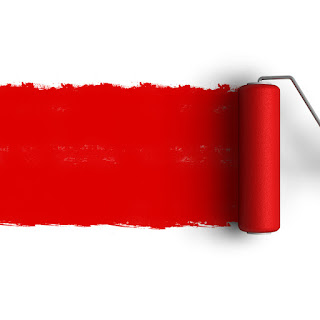 As much as I hate to admit it, sometimes I can let a grievance I have with someone linger too long in my mind.  While I know I should let it go, I find myself replaying the situation over and over in my mind, leading me to get upset all over again.  During this Easter season, the Lord has been impressing on my that when one of these recurring thoughts come to me, I need to paint it red.

Ephesians 1:7 - In Him we have redemption through His blood, the forgiveness of sins, in accordance with the riches of God’s grace that He lavished on us.

·       Human relations have been marred by real and perceived slights since the beginning of time.

·       Maybe there is a situation you are dealing with right now where you have been hurt by someone else and you’re having trouble letting it go.

o   FACT: Whatever we feel aggrieved by, it pales in comparison to how we have fallen short with God

·       While our verse in Ephesians is true that we have forgiveness of sins, the story doesn’t stop there

o   Colossians 3:13 says, “Bear with each other and forgive one another if any of you has a grievance against someone. Forgive as the Lord forgave you. “

·       You will recall the story Jesus told of the unmerciful servant in Matthew 18:21-35 about the man who was forgiven of a debt of ten thousand bags of gold and yet he refused to forgive someone who owed him a paltry sum of money.

o   “Then the master called the servant in. ‘You wicked servant,’ he said, ‘I canceled all that debt of yours because you begged me to. Shouldn’t you have had mercy on your fellow servant just as I had on you?’  In anger his master handed him over to the jailers to be tortured, until he should pay back all he owed.  “This is how my heavenly Father will treat each of you unless you forgive your brother or sister from your heart.”

·       This past weekend we remember the great debt we were forgiven of by the death of Jesus on a cruel Roman cross.  His blood was spilled for my debt.

·       As part of the renewal of my mind, I am asking God to give me a paintbrush dipped in His blood to cover over the minor offenses I sometimes hold on to.

o   Once that debt has been covered with the grace and mercy I was shown, I am refusing to try and remove the paint.  Rather I want to focus on His blood shed for me to help me forgive as I have been forgiven.