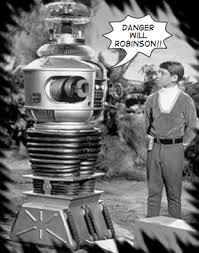 Recently, I have become familiar with two men who have done serious harm to both their reputations and to the cause of Christ.  Both are extremely wealthy from their jobs and had leadership positions in the Christian community that influenced hundreds if not thousands. One I know personally and the other by one degree of separation.  As I hear what happened to them, it serves as a very cautionary tale for each of us because we all are weak in our own strength and subject to the same temptations.   In both cases, they were lured in by offers to have something that they had no right to – in one case a woman and in the other ill-gotten gain.  My inclination is to pray for them and not judge them because I know I am but one bad decision from sharing their pain.

Things to think about:
·      Whether it’s wealth, power, prestige, sex, or something else, we are all susceptible to the lure of a hollow promise that brings with it a bitter ending.
o   Have you been on the receiving end of an invitation to do something wrong?
§  Was it clothed in compromises that explained away why it wasn’t a big deal after all?
·      Our natural man, encouraged by the world around us, and assaulted by an enemy who seeks to destroy us, is hopelessly lost without:
o   A knowledge of right and wrong
o   A daily commitment to obey God’s statutes
o   A community to support us
o    The Holy Spirit to empower us
Knowledge of right and wrong
·      Psalm 119:2 – I have hidden Your word in my heart that I might not sin against You
o     Sometimes I hear people say, “Well I don’t know the Bible like so and so does.”
o     Why is that such a dangerous thing to accept for oneself?
o     Do you have a “go-to” Bible passage for times of temptation?
Daily Commitment
·      Psalm 1:2-3 - … (the man) whose delight is in the law of the Lord, and who meditates on His law day and night. That person is like a tree planted by streams of water, which yields its fruit in season and whose leaf does not wither— whatever they do prospers.

o     the psalmist says he meditates on God’s law daily


o     What encouragement do you draw from the word picture the psalmist uses to describe the benefits of this close walk with God?

A Community
·      Proverbs 17:17 – A friend loves at all times, a brother is born for adversity
·      Proverbs 27:17 – As iron sharpens iron, so one man another
·      How does being in community with other men who face similar struggles keep you on the right path?
o     Can you recount a time when a friend really stepped up at the right time to meet you where you were?

The Holy Spirit
·      Romans 8:26-27 -  In the same way, the Spirit helps us in our weakness. We do not know what we ought to pray for, but the Spirit Himself intercedes for us through wordless groans. And He who searches our hearts knows the mind of the Spirit, because the Spirit intercedes for God’s people in accordance with the will of God.
·      I love Scriptures that tell us it’s OK to not have it all worked out, that we’re not called to be supermen!
o   Moreover, I really love it that God says, “Don’t worry, I’ve got you covered.”
·      That battle is being fought (and won!) in a realm we don’t understand, with words we don’t understand.

Let us be wise as serpents in knowing there is a real war being waged but innocent as doves with our decisions and actions. Know His word, do His word, help and be helped by your brothers, and rest in the knowledge that the battle is the Lord’s.