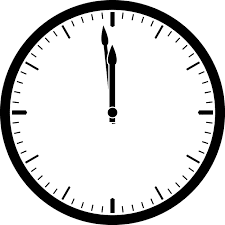 As fathers we want the best for our children and as Christian fathers we know that the best isn’t measured by money, power, or prestige. Hezekiah was a very good and godly king whose son Manasseh succeeded him on the throne. Despite the excellent example Hezekiah showed his son, Manasseh went on to be a mostly bad king (for 55 years!) We can safely assume that Hezekiah would have wanted better for his son.  But God’s stories always allow enough time for people to repent.
2 Chronicles 33:2, 3
He did evil in the eyes of the Lord, following the detestable practices of the nations the Lord had driven out before the Israelites. He rebuilt the high places his father Hezekiah had destroyed.

Things to think about:
·      Hezekiah was an excellent king.  He helped lead a revival in the land, turning away from idol worship and back to the God of Israel.
·      Yet his son, Manasseh, chose a different path.
o   Why do you think children from “good families” sometimes do not follow in the faith of their parents?
o   Has this happened (or is this happening) in your own family?  If so, how does it make you feel?
§  How have you tried to deal with it?
§  Has your strategy changed over time?
·      I suspect that even before Manasseh was born, his father, being a godly man, prayed for his children.
o   James 5:16 – The prayer of a righteous man is powerful and effective.
·      Some times we have to come to the end of ourselves to come to the beginning of God’s outstretched hand.
o   Or as we say Down South, you have to get sick and tired of being sick and tired.
§  Have you had this experience?
·      Some folks are slower than others so about 50 years later in the story we come to this passage:
o   2 Chronicles 33:10-13 – The Lord spoke to Manasseh and his people but they paid no attention. So the Lord brought against them the army commanders of the king of Assyria, who took Manasseh prisoner, put a hook in his nose, bound him with bronze shackles and took him to Babylon.  In his distress he sought the favor of the Lord his God and humbled himself greatly before the God of his ancestors. And when he prayed to him, the Lord was moved by his entreaty and listened to his plea;
o   2 Peter 3:9 - The Lord is not slow in keeping his promise, as some understand slowness. Instead he is patient with you, not wanting anyone to perish, but everyone to come to repentance.
·      We see in other examples like the thief on a cross at Calvary, the prodigal son, and Jesus’ parable about the one lost sheep that God is in the saving business!
o   God will go to any and all limits to save that which is lost.
o   However, like Manasseh, one must humble himself and seek the forgiveness of God.
§  “and when he prayed, the LORD was moved by his entreaty and listened to his plea”
·      If you’re the parent of a wayward child today, what encouragement do you take from today’s study?
·      If you’re the friend of someone struggling with their child’s unbelief, what encouragement would you offer them today?
·      Luke 19:10 – “For the Son of Man came to seek and to save that which was lost.”