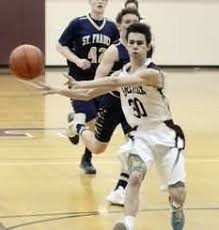 One of our dear brothers likes to talk about “God winks”, those moments when the Lord is looking down on us and saying, “Here’s a special surprise for you, enjoy!” Besides winks, I think He often uses head fakes, meaning that He goes in the opposite direction we would naturally look. For example, if I was designing the ideal Savior of the world, he would be Hollywood handsome, powerful, with a commanding presence.  He would win every conflict and never tolerate disrespect.  Basically, Rambo in a robe.  Let’s look at Isaiah 53 and see how God did it.

He was despised and rejected by mankind,
a man of suffering, and familiar with pain.
Like one from whom people hide their faces
He was despised, and we held him in low esteem.

·       Appearance – we value beauty over almost every other attribute.  Surely God’s Son would be a good-looking guy!

o   Is: 53:2 - He had no beauty or majesty to attract us to him,
nothing in His appearance that we should desire him.

·       Powerful – this is God’s Son we’re talking about, His power should radiate from Him

o   Just a really average, even fragile youth, not bursting on the scene from a prominent family but one scraping to get by

·       Popular – we vote celebrities into office on the basis of their fame, even when they have no qualifications.

o   Is: 53:3 - He was despised and rejected by mankind…
Like one from whom people hide their faces
he was despised, and we held Him in low esteem.

o   Not only was He not popular, but He was despised!

o   Is. 53:4-6 - Surely he took up our pain
and bore our suffering,
yet we considered him punished by God,
stricken by Him, and afflicted.
But He was pierced for our transgressions,
He was crushed for our iniquities;
the punishment that brought us peace was on Him,
and by His wounds we are healed.
We all, like sheep, have gone astray,
each of us has turned to our own way;
and the Lord has laid on Him
the iniquity of us all.

o   Now this is a major head fake!  Jesus didn’t have sin or misdeed He was personally guilty of, but He CHOSE to take your place and mine.

o   God’s playbook says where there is guilt and shame, He will pay the price.

·       So clearly God operates with a different playbook than man

§  Is 53:10 - Yet it was the Lord’s will to crush Him and cause Him to suffer, and though the Lord makes His life an offering for sin, He will see His offspring and prolong His days, and the will of the Lord will prosper in His hand.

§  How can we look past our immediate circumstances (the head fakes) to see God working His plan in and through us?

§  How does knowing Jesus endured everything He did for our sake give you hope and encouragement today?