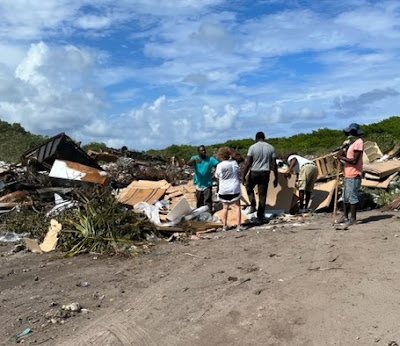 Have you ever accidentally thrown out something only to find you REALLY needed it? Recently, we were assembling a new bed when we discovered we had mistaken the support slats for extra packaging and thrown them out with a bunch of other stuff.  We had a service truck come to pick up the trash, and after about an hour, my wife realized what had happened.  We frantically called the driver who said that they had already dropped everything off at the dump.  Quite kindly, he offered to meet us there to see if we could recover the slats (he even recalled seeing them, thinking to himself that they looked like they might be more than excess packaging). So off we went to the dump and when we got there, it was everything you might imagine it to be: smelly, hot, smoky, dusty, flies buzzing all around. Thankfully, after a few minutes of rummaging through the trash, what was once lost was now found!

·       There is so much to this story that reflects the Gospel:

o   Just like we benefited from the graciousness of the trash haulers to help us, God uses ordinary people like you and me to help pull people out of the dump

o   Many times, it’s inconvenient and unpleasant to go to the dump to salvage that which has been tossed and lost

o   If you hang around the dump too long, you can actually get used to it and not really be offended by it

o   The dump does have its place though.  There are worthless things in our lives like idols and bad habits that need to be hauled off and burned

Never look down on those still living in the dump.  It is our purpose and calling to be God’s hands and feet to go to the dump and help recover those God sees as having infinite value.  Never forget, He went to the dump for you.