Took Him at His Word 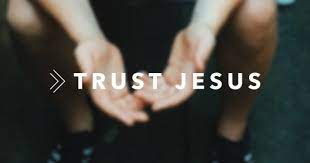 There is a great story nestled in John 4 about the royal official in Galilee whose son was dying.  Jesus told the man to go and he went, and a miracle ensued!  What if we all “took Jesus at His word”?  How different would our lives and the lives of those around us be???

The man took Jesus at His word and departed.

·       John tells us that the man speaking to Jesus was a royal official. That means he was a foreign occupier from Rome, he held a high position in the region, and that he was a Gentile.

o   Maybe most importantly, he was desperate

§  His son was dying

o   Mark 10:15 - Truly I tell you, anyone who will not receive the kingdom of God like a little child will never enter it.

o   Proverbs 3:5 - Trust in the Lord with all your heart and lean not on your own understanding;

o   Matt. 15:8 - These people honor me with their lips, but their hearts are far from me

§  Like the Pharisees, I can twist the facts to suit my personal desires

o   Or is it only when I don’t have another option?

§  Matt 6:68-69 - Simon Peter answered him, “Lord, to whom shall we go? You have the words of eternal life. We have come to believe and to know that you are the Holy One of God.”

·       Can you think of a time when you took Jesus at His word and were rewarded for it?

o   What might be standing in your way that keeps you from believing and acting on what (and Who) you know?